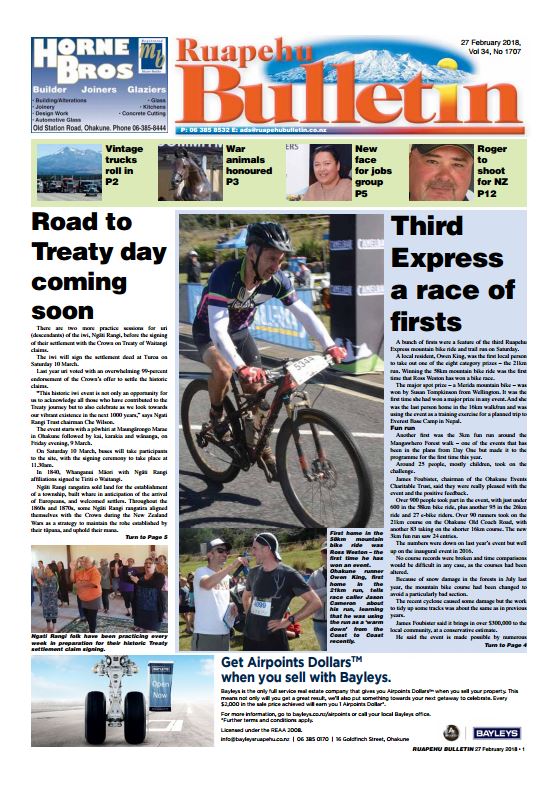 Cold start to the day being dropped at 7:45am in the middle of the Desert Road, however I used the long sleeve version of the York as I knew it would warm up later. I’m as sceptical as you can be, but the York kept the breeze off me at the start and when it warmed up the sweat off the body so it kept me cool…odd feeling and really rated it.

Back to the race, sitting back on the fifth row of the start line I knew I’d need to be patient, turns out I wasn’t and took off to lead within about 200 meters. After sinking into the sand I lost the first possie shortly afterwards, but recovered to tuck in behind the leader as we ventured across the desert landscape. Utilising my new improved pedal stroke I put the hammer down and took the lead again, from there I just kept the pressure on. The course is a mix of very fast fire breaks and un-groomed single track through the forest, that single track is not the flat and bermed stuff of your local MTB park it’s full of ruts and bogs but is also like MTB racing use to be!

Around the 40kms mark I could feel myself starting to tire, I was dumped off the bike a couple of times as big ruts and wet bogs got the better of me. I started looking behind me...nothing...nothing...bugger I could see someone coming. More gels and some carbos and that seemed to help and I was off again. On the back straight into Ohakune I was broken (averaging 25.6 km/h on a MTB does that to you), and could see number two in the not so distant. Crossing the finish line in number one position was an unreal feeling…one of the best…over the moon…and great to have the kids (Mrs Silversky was doing very well on the run)  there to see it.